A Story About Jane…..

I wanted to share a story about Jane. Jane is a spirited young lady at the age of 80. When Jane was younger, she took care of her three children, she was a teacher, and she loved to cook and keep a tidy house. Jane was always a giving person and played an active role in her community. Jane was very blessed and owns her home and a second home that she inherited from her mother.

Now retired and widowed, Jane has needed a little help maintaining her own care and properties. Over the last couple of years, Jane’s three children and two grandchildren help her clean her home, maintain her second home, grocery shop and prepare meals, cut the grass, take her to doctors appointments, and help administer her medications. Jane knows how busy her family is with jobs and household duties of their own, so she insists that she compensates her family for all of the help they give.

Over the last two years, she has paid each of her three children $500/month. Jane also gave each of her two grandchildren $10,000 toward their college education. Jane had an extra car that she did not use that was worth around $5,000 and she gave it to one of her grandchildren when their car broke down last year. Maintaining two houses was also very difficult and Jane considered selling the second home a few years ago. The house she inherited from her mother was very sentimental and she wanted it to stay in the family. As a solution, Jane’s daughter decided that she wanted to purchase the home three years ago. The home was worth $200,000, but because her daughter was willing to purchase it and keep it in the family, Jane sold it to her for $100,000. Jane cannot take part in her community as much as she likes, but she tries to provide support when able. Jane wrote a check to her church last year for $5,000 when the church was raising money for a new addition to the building. Jane’s family and community were always there to support her, and she wanted to give back in the way that she was able to.

Lately, Jane’s health has been declining and she is confined to a wheelchair and needs help getting in and out of bed, bathing, and dressing. At her last doctor’s appointment, Jane’s doctor recommended that she needs 24-hour care. Her children don’t want to place her in a skilled nursing facility, but they cannot provide the care that she needs. They toured a few skilled nursing facilities and found out that the average monthly private pay rate is around $7,500. Jane’s income is only $3,000 and she would quickly run out of her savings trying to pay the difference.

Jane’s friend is in a skilled nursing facility and receives Long-Term Care Medicaid to pay for her room and board. Jane applied for Medicaid and was told that she needed to provide financial records for the last 5 years, as that is the “look back” period. Jane provided all of the requested information and was told that not only could she not have more than $2,000 in countable assets, but that there would be a penalty period for paying her children for care without a Medicaid compliant written agreement, giving a car to her grandchild, paying toward her grandchildren’s education, for the lump sum donation, and for selling a house to her daughter for less than the home was valued at. Jane was confused and didn’t understand how she worked her whole life and how doing what she thought was right by her children and grandchildren could cause her to be ineligible for benefits that she needed.

So what does this penalty period actually mean?

The penalty period is a period of Medicaid ineligibility. It is calculated by totaling the value of all gifts and/or uncompensated transfers and dividing it by a rate set by the State of North Carolina, which will give you the number of months that an applicant is ineligible for long-term care Medicaid benefits.

In Jane’s situation, the following would be the value of her gifts/uncompensated transfers:

$166,000/ $7,110 = 23.3 months that Jane is not eligible for Medicaid. What makes this situation even more difficult is that the penalty period doesn’t begin until an applicant is in a skilled nursing facility, has a form from the facility doctor stating that she needs skilled nursing, AND the applicant has less than $2,000 in countable assets. So how do you pay $7,500 out of pocket for 23 months with only one’s income and less than $2,000 in countable assets? It’s almost impossible unless the family can contribute, or unless you have someone with knowledge and skill in Medicaid Crisis Planning to help guide you.

In Jane’s story, there were many pre-planning steps that she could have taken to set herself up for benefit eligibility, while still achieving all of the same goals. 70% of seniors will require long-term care and the majority won’t be able to afford it with their income alone. There are available estate planning options to prepare for situations just like Jane’s. Luckily, even if pre-planning is no longer an option, there are crisis planning strategies to achieve benefit eligibility.

McIntyre Elder Law specializes in both long-term care pre-planning and crisis planning. Please come sit down with one of our Estate Planning and Elder Law Attorneys and allow us to hear YOUR story and help you plan for your current and future needs and goals. 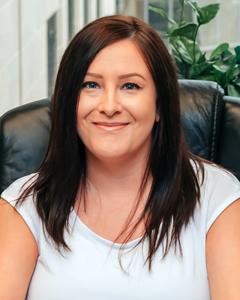