Hi, this is Greg McIntyre with McIntyre Elder Law, helping seniors protect their assets and legacies. We’re going to talk about per stirpes today. Yeah, you heard me right, per stirpes. Per stirpes is a legal term that we’re going to explain.

Per Stirpes is not necessarily easy to explain but can accomplish a lot and you see it in your wills. You see people use it in wills. Attorneys use it in wills and I, all the time have people say, “I want to give my money and property through my will or through a trust, let’s say through my will to my children, but one of my children has passed away and has two children of his own. Those are my two grandchildren by that child and I want those grandchildren to get that deceased son’s portion.” Per stirpes can accomplish that simply by using that term in the planning.

I want to talk about per stirpes. Or they might say, “I want to make sure that if any of my children predecease me, that, that child’s portion goes to the grandchildren.” That’s a good, simple explanation for what per stirpes is and how it works.

I wanted to draw it out for you. because I like to draw things out, and I like for you to see how they work. This is a new map, a per stirpes map that I’m going to make, and I’ll do that a little more professionally. For anyone out there, who would like it, but I’m going to draw that out on the screen for us right now.

What does per stirpes mean?

Investopedia says, Per stirpes is a legal term stipulating that should a beneficiary predecease the testator, the person who has made out the will, the beneficiary’s share of the inheritance goes to his heirs. While the term per stirpes is commonly used to refer to an individual’s assets under a will, it is sometimes used in beneficiary designations for IRA’s. While per stirpes and per capita are similar, there are differences. Per capita means that any surviving descendants of the same generation distribute property equally. Lalala….

I’m going to stay on per stirpes. Maybe we’ll capture per capita.

Let’s say that you have a person, we’ll say husband and wife. Heaven forbid, husband passes away. This is how in law school we draw some of these things out. Please don’t be offended that I’m going to kill off some family members here. We have to kind of show how things flow. Husband is going to pass away. That’s the generally thing to do instead of before your wife. We’re going to say that there are three children.

The husband’s passed away and child three has passed away. Let’s, just for example, say that there is $300,000 that the wife is going to pass down evenly and wants it to pass per stirpes to each child. That’s how the will is written. Because this child has predeceased her, she wants these grandchildren to receive that portion. We could write it in the will specifically one third, one third, one sixth, and one sixth. That accomplishes that.

To the next generation, this generation of grandchildren here is not taking, because that child is taking. That child takes their third, this child predeceased so they get the one sixth, and one sixth of the distribution. The people taking under the will, as I’ve circled, is child one, child two and the children of the predeceased child. These two grandchildren are splitting this child’s share. Splitting that one third.

That is exactly how per stirpes works. We just wanted to explain or interpret per stirpes today, and I hope I’ve helped. 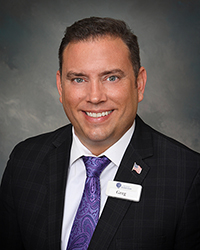