The Power of Living Wills and Healthcare Powers Of Attorney 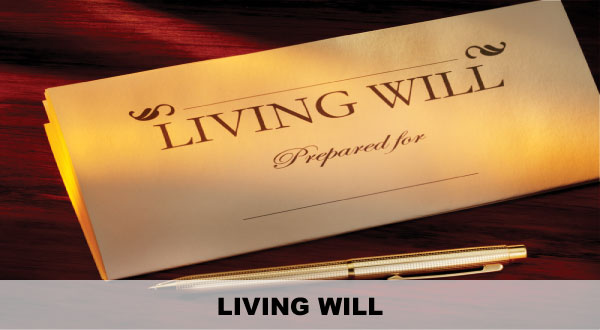 What you would do if you had a healthcare issue, who’s going to come in and make life and death decisions for you?

What is this all about?

First, what are ‘Living Will’s,’ and ‘Healthcare power of Attorney’s,’ and how do they relate to you?

We assume that everybody knows what they are, I deal with them everyday, but I want everyone who’s reading this in case you’re wondering, to know what’s the difference between a Living Will and a Healthcare Power of Attorney?

To help me with this delicate subject, I interviewed Len Byers from the North Carolina Cooperative Extension.

With the Living Will, you say ‘What’ you want done if you can’t wake up, if you can’t get better, or maybe where the dementia has advanced to a place where you might not know yourself or your loved ones.

The Healthcare Power of Attorney answers the ‘Who.’ Who do you want to make decisions for you if you can’t make them yourself?

When I first started, CPR, breathing machines, tube feeding, kidney dialysis, they were just coming on board, prior to that we didn’t have all that stuff… Once you start using those life support interventions, sometimes they work and you don’t need anyone to make decisions, sometimes despite using them there’s no decisions to make because a person moves on, but in a large category people don’t get better and they don’t go on to glory, they’re stuck and someone’s got to make a decision.

And we’ve had it for about 30 years, we’ve been dealing with this almost on a weekly, sometimes it feels like a daily basis, and it boils down to this:

So in those situations if there had been a Living Will by that person that said, “I don’t want to be stuck in this situation,” or if there had been a Healthcare Power of Attorney and someone said, ‘I’ll make that decision for you, that’ll be tough, I’ll hate doing it but to support your wishes I’ll do it,’ if this had been done ahead of time, then we could save a lot of despair and agony on the part of families in these situations.

Does a Living Will help me pass property?

Then why is it called a Will?

A Living Will was originally designed to let us say, ‘I don’t want to be stuck on machines, let me go naturally,’ it’s the decoration of a desire for a natural death.

The biggest confusion about a living will is it’s got nothing to do with property. It’s about healthcare.

It’s about the end of life decision when someone is terminal, incurable, brain death has occurred for instance and you’re being maintained by life support.

In that situation if you want to be continually maintained or not, do you want to put that guilt ridden decision on your spouse, your kids or your grand kids to make for you?

It’s an act of love for your loved one, because you’re really protecting them from pretty dangerous territory to be in.

There’s no way around it when death becomes part of our family’s story, it’s a difficult moment in our journey together, and then when our journey’s go separate ways for a while, whenever you introduce having to make a decision that anyone feels like is anything to do with the dying process, it’s really toxic. I mean it’s something that creeps you and really messes your spirit up.

Some people have asked me five or ten years later after some of the situations, did I kill momma or kill daddy by saying let’s not use the life support anymore? And I said, ‘No.’

Whatever was wrong with them physically, whatever illness they had that we couldn’t change, couldn’t undo the damage, that’s what took their life. You just tried to make a decision that was the best way to love them and care for them in a terrible place.

**Decisions mixed with grief are a very dangerous combination for us.**

We just don’t like to have to do it. The only way I can protect my family, or you protect your family is to make sure they know, ‘this is my decision, I want to save you from having to make it and I want to let you know mine.’ And that’s what the Living Will is designed to do a head of time.

We can write this down why we’re thinking about it, while we’re not even at the hospital, we’re not involved with any healthcare issue, we just do it, and that’s why on ‘Decision Day’ we hope people will come in from the community to these sites we have and just do a ‘Living Will’ or a ‘Healthcare Power of Attorney’ while they’re feeling good, everything’s fine and life is normal.

The days will come when we have to deal with this. Sometimes we have to make decisions about it, and if I’ve not made mine, then the people who love me have got to make it, and there in trouble.

30 or so years ago, I didn’t even know a Living Will existed. But what I did know was that we had families at the hospital who had this question put to them.

And it’s like if you could imagine what people would look like if you hit them in the belly with a 2X4, it was excruciating and as a chaplain you see that, and you say ‘oh my God, there’s got to be something to do to try to save us from this agony, to get prepared for and get around it if we can.’ And that’s when I heard about Living Wills and that’s when I became a big fan.

Hopefully with ‘Wills’ I can protect my family, you can protect your family, all of our readers can do things to protect their families. Everybody wants to die in their sleep and wake up in heaven and 1 in 5 or 1 in 4 of us will have that wish come true. The rest of us will be involved in hospitals and involved with these life support modalities and decisions will be a part of it.

It’s just grown since that time, it started with people being absolutely blitzed by having to deal with this, with no preparation, no clue about what to do.

Think about how hard it is to make a decision when you’ve got an idea of what the decisions about.

But then think about a decision for a human being you love, precious to you, but you don’t really know what they want you to do, what they would say, and that’s the thing we determined all those years ago, all of us wanted to know, the doctor, the nurse, family, chaplain what does that person in the bed want us to know, by that point we were not ever going to know.

In the 60’s I lost three grand parents. It was a family experience. Two grandfathers died of a long process at home taken care of by the family, with minimal input from doctors and hospital. Grandmother died rather suddenly. But I contrast that picture with the picture that we see today. And there were no decisions to be made, really what we said and what I was told as a teenager was that Gods in charge, he’ll take care of it, all we’ve got to do is trust him, this is life, death is a part of life, and that kind of natural progression under Gods care, that worked.

Nobody had any decisions to make, no one had any burdens to carry forward. Fifteen years later, everybody is carrying burdens, everybody has got these decisions. The wonderful thing about all these life support interventions that we have is that they work.

Really focusing on National Healthcare Decisions Day, getting everyone out there to make those decisions free of charge at places in your community so you can go ahead and put in place that Living Will or Healthcare Power of Attorney.

So let’s contrast that by now talking about the ‘Healthcare Power of Attorney.’

There are people who don’t have a clear cut person so with the Healthcare Power of Attorney, they get to name a friend or a particular member of their family, someone they know, who they have told their wishes, who knows what they want and this person will carry it out.

My associate Hayden mentioned to me recently about her dad who told her what he wants, and she has the authority to carry that out, and in real time. With real decisions it’s hard on a sheet of paper like a Living Will to imagine everything that comes up. But if you have a Healthcare Power of Attorney, you’ve got a person who knows your wishes and can dialogue with the healthcare providers about what makes sense in line with your wishes. There is still some decision making to be done but not like anything as the excruciating stuff we we’ve mentioned previously because she does know what her dad wants.

These situations are some of the hardest one’s we have because then the family gets at each other and we can’t make a decision and we get stuck. Healthcare organizations are the same as any other, you don’t want to run over the feelings and the wishes of people. You don’t want to incur risk, and so sometimes those people that we need to make a decision for with this kind of contention and arguing going on, they just linger.

So there you have it folks. National HealthCare Decisions Day is coming up Thursday April 14th from 10am to 4pm at multiple locations in Cleveland County.

Check the facility offering these services to get the ‘Healthcare Power of Attorney’ and ‘Living Will’ signed in your neighborhood.

What’s the right thing to do for somebody you love?