I received a lot of unsolicited advice throughout college and law school. Professors seem to love to lament the naïve mistakes of their past selves and to try and convince their students to take a better path in life. Some of the rants I sat through in class involved preparing for retirement. Between complaining about wage stagnation and the impending fall of the Social Security safety net, one theme that stood out was that we youngsters needed to invest in retirement account—early and often. This was, no doubt, good advice. However, in not one of those rants did anyone explain to me or my classmates what typeof retirement account we should consider.

The lack of specificity in my professors’ advice inspired me to learn the ins and outs of retirement accounts, so that I may provide some guidance to those who have hobbies that don’t involve reading the tax code.

This article is titled Traditional vs Roth IRA: Planning for Seniors, but it likewise applies to anyone who is gainfully employed. Everyone, if they’re lucky, will age and eventually reach the point where they are planning for the possibility of a health crisis or the need for long-term care. Thus, the following is to help you, the reader, understand your options in planning for lifebeyond the nine-to-five grind.

What is an IRA?

Individual Retirement Plans or IRAs are quite aptly named. They are a vehicle used by an individual to save for retirement. IRAs are many times confused with 401(k) accounts. I won’t delve too far into it, but the principal difference between the two is that a 401(k) must be established by an employer. IRAs, on the other hand, may be established by an employer or by an individual. IRAs were created by Congress in the early 70’s as a response to public disdain for the current retirement savings options in the country. Over the years, they have been modified and expanded in scope by almost every administration. Nowadays, we have a dynamic set of options regarding IRAs, among them being the traditional and the Roth IRA.

The Roth IRA is named after Senator William Roth who sponsored its creation in the Taxpayer Relief Act of 1997. At the time, the Traditional IRA had been repealed for about ten years and Senator Roth wanted to restore. Through legislative compromise, we the people received the Roth IRA. Some of the key attributes are as follows:

The traditional IRA was created as a solution to the lack of uniform retirement options in the United States. The IRA has evolved over the years and it has had its share of supporters and detractors in that time. The traditional IRA seems to be the tried and true retirement option. However, there are some downsides that may not be obvious at first glance. But first, here are the key attributes:

Traditional IRAs have potential benefits beyond the tax deduction for contributions. They are not taxed on the front end. Thus, you can put in a pretax gross amount up to $5500 per year and receive the same compounding interest as if you contributed an after-tax amount up to $5500. In other words, you can grow your money in a traditional IRA at the same rate as a Roth IRA but with less of a contribution (assuming your contributing up to the limit).

This point is especially poignant if you are not going to contribute up to the limit. If you are just putting in what you can, you may benefit from a traditional IRA, since it will allow you to put in a larger amount—and benefit from the compounding interest—than you would be able to if the money was pre-taxed. Thus, you may potentially be able to grow your retirement at a higher rate with a traditional IRA. But, that money is locked up and can’t be withdrawn without a possible penalty and a definite tax bill.

Roth IRAs are much more flexible. Money in the Roth can be pulled out in a short period of time with no significant penalty. Also, there are no RMDs associated with Roth IRAs. Thus, the money can be left in the interest-bearing account until it is ready to be pulled out.

Roth IRAs are also much more flexible than traditional IRAs in terms of planning for long term care. IRAs, in general, are counted as an asset for under the Medicaid rules. Consequently, the money in the IRA must be spent down to qualify for Medicaid benefits. If the money is in a traditional IRA, you would be required to pull that money out of the IRA, which would result in a significant tax burden. However, if the money is in a Roth IRA, that money can be taken out of the IRA and spent down or put in trust with no penalty or tax hit.

Which is Best for You?

There are many “street lawyers” out there who love to give advice but determining the best route to take is a case by case basis. What may be good for your neighbor may not be good for you. The two biggest considerations are whether you are depending on the IRA as your main retirement plan and whether you anticipate needing long term care in the future.

It is important to remember that you are not limited to one type of account.

You can have a traditional and a Roth IRA if you so wished. Also, if your employer provides a solid retirement plan with matching, it may be in your best interest to narrow your focus to the employer created account to help you grow your assets as much as possible.

If you have already chosen a plan and have been contributing for some time, you should speak to an attorney to determine how your IRA will affect the plan for your estate. 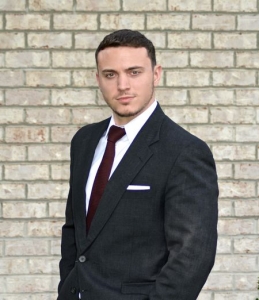