What is a Gift?

Surely, we all have a conception of the definition of a “gift.” However, a gift, in legal sense, is something very specific. Consequently, when attempting to determine whether a transfer constitutes a gift, it’s important to look at the facts and circumstances of the purported transfer of right, title, interest, or possession of an asset.

But why does this matter? Gifts have different effects depending on the context. Gifts may exclude something from the probate estate the heirs are squabbling over. Gifts can trigger a tax. Gifts can also render someone ineligible for benefits, like VA or Medicaid, to pay for long-term care. Transfers of real property can also be affected if it is considered a gift and not a purchase for value. Lastly, a power of attorney may not allow a transfer of an asset if that transfer would be considered a gift.

Generally speaking, a gift is a voluntary transfer of ones asset to another without expectation of any sort of consideration or payment in return.  However, the question still remains: what does someone need to show to prove that the were given an asset in dispute?

Gift During Life vs Testamentary Gift

If there is a dispute over whether a gift was given e.g., whether an asset should be subject to division under someone’s will or whether it had already been transferred during the Decedent’s life, a person who allegedly received the gift (the “donee”) must show three things. 1. Donative intent; 2. Delivery; and 3. Acceptance. Essentially, the Donee must show that the Donor intended to give the gift, that the gift or access to the gift (also known as constructive delivery) was given, and that the Donee actually accepted the gift.

For example, let’s say that a father want to give his son his watch. The son receives a letter from his father on his birthday saying the following: “Son it’s time I pass along this heirloom. My father wore it during the war. I have treasured it since the day he left it to me. And it’s time you carry on the tradition and sport this piece of family history.”The father includes in the envelope keys to the lock box where he keeps the watch. Lastly, the son goes into the lock box and retrieves the watch.

Shortly after receiving the letter, the son learns of his father’s death. To make matters worse, his step mother claims that the son took the watch and it should be included in his father’s probate estate and should be sold. The son must prove to the court that the watch was a gift. The letter will show the father’s intent to give the during his life—during life is important; otherwise, it would be subject to his father’s probate estate. The keys to the lock box would show constructive delivery of the watch to the son. And, finally, the son’s retrieval of the watch will show acceptance of the gift.

Those gifts that are transferred by virtue of someone’s death, whether by will, trust, or beneficiary designation are called “testamentary gifts.” Testamentary gifts are thus not something given during the life of the Donor.

What about the dreaded “look back period?” As you may have heard, if you are attempting to qualify for Medicaid (or VA) benefits to pay for long-term-care, they “look back” 3 years for assisted living and 5 years for skilled nursing care to determine if the applicant made a gift. If the applicant did make a gift, then that gift value may be used against them a s a penalty i.e., they must pay the gift value to the facility before Medicaid kicks in.

But that begs the question: what is a gift for Medicaid? The answer is any transfer that is uncompensated for the full value of the asset transferred. In english, this means that if you transfer something for less than its fair market value, the difference in the amounts is the gift. So, for those folks thinking about selling their home to their children for a dollar, you might want to go another route.

At this point, many of you may be thinking that you thought that there was an amount around $16,000.00 you could give per year without it being considered a gift. It is important to know that this is only for Federal gift tax. You may give up to $16,000.00 (as of 2022) per person, per year without being required to report it on a gift tax return.

No good deed goes unpunished. That maxim does not fail with respect to the legal treatment of gifts. Thus, you should be careful when being kind or gratuitous. After all, you wouldn’t want a gift meant for a loved one to end up being a gift to the government. 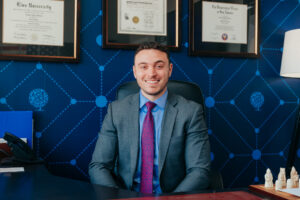